It had been about six months since the great success of our previous remote-working trip in Ireland. During that trip we took the 'remote' part of remote-working very seriously, having rented an annex to a farm in the middle of nowhere - surrounded by sheep. Personally I was happily surprised by how well a holiday of sorts could be combined with working on the things you like.

Besides work we naturally spent ample time exploring the area and the beautiful nature there. Every meal was amazing as almost all of us love cooking and we took great care in preparing nice and interesting food. We returned to our own corners of the world, well-fed and with a refreshingly empty to-do list.

We came together again online and spent some weeks discussing a new trip. At first we had our sights set on Geneva but in the end our existing travel schedules led us to choose a location in the Netherlands. We decided to go to the Veluwe. A large and beautiful forest area in the centre of the Netherlands.

We went for a total of six days, of which we were joined by Jad and Nicole for the first four and by Nicolas for the last two. Me and Cecile were present the entire stretch of time. I borrowed a car and picked up Jad and Nicole in Haarlem, where they were staying for a month. Then we continued to pick up Cecile in Amsterdam. The Netherlands are quite densely populated so as we were driving we didn't gradually merge into an area with an abundance of nature, instead flats and business areas turned to farms interspersed with tiny villages.

The edge of the forest

We arrived at the location, which was a park of vacation homes near the edge of the forest. We quickly settled in and went to the nearest village for a quick bite and some groceries.

As the week progressed we went about our usual business, Cecile being busy preparing an application for a high-traffic launch. Jad working on editing and filming online coding tutorials and Nicole working on several proposals for new clients. 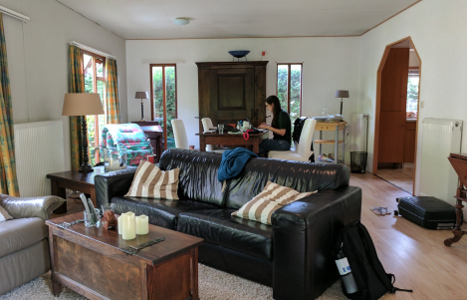 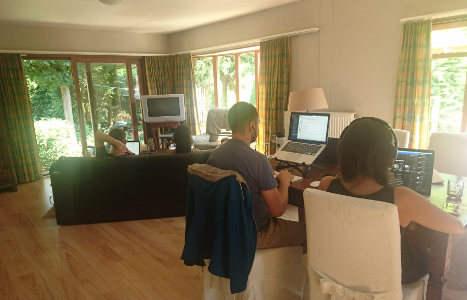 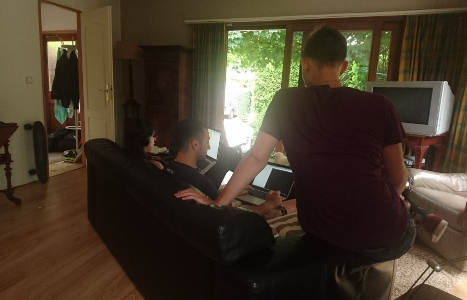 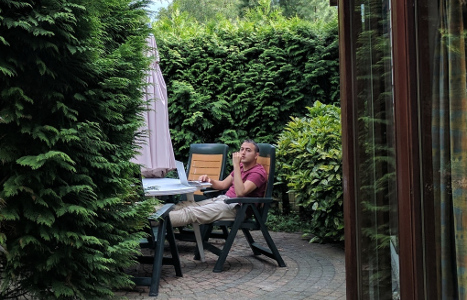 Each morning I went for a run in the adjacent woods, massive and beautiful. I got lost there the first time. I assumed the pathways throughout the woods were laid out as a grid but it turned out to be circular, all leading to one central point in the middle. In the end it was a really nice experience, I just sat down for a while and enjoyed the lack of pressure to find my way back to civilization. I had no appointments, no deadlines. The only thing I had to keep in mind was to be back before dark.

We went into the forest as a group twice to just wander about and be in nature before returning to whatever it was we were working on.

On the final day of our stay we took the car to a specific part of the woods, de Hoge Veluwe, where we rented a few bikes to ride around the woods. 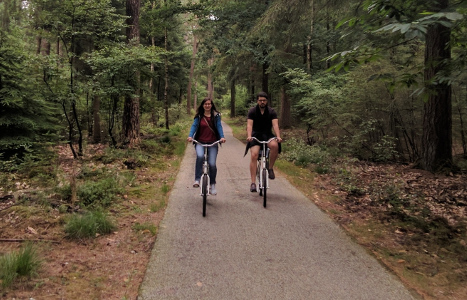 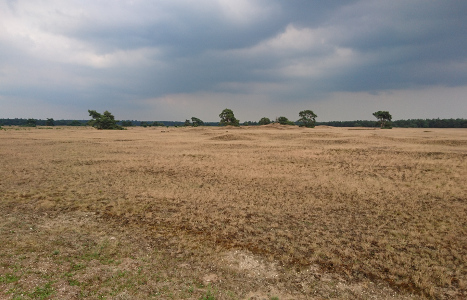 Finally, we left the woods and returned to civilization. It was a satisfying experience, being on a work holiday in my own country and getting to spend some time in Dutch nature.